THE HEART OF THE CITY 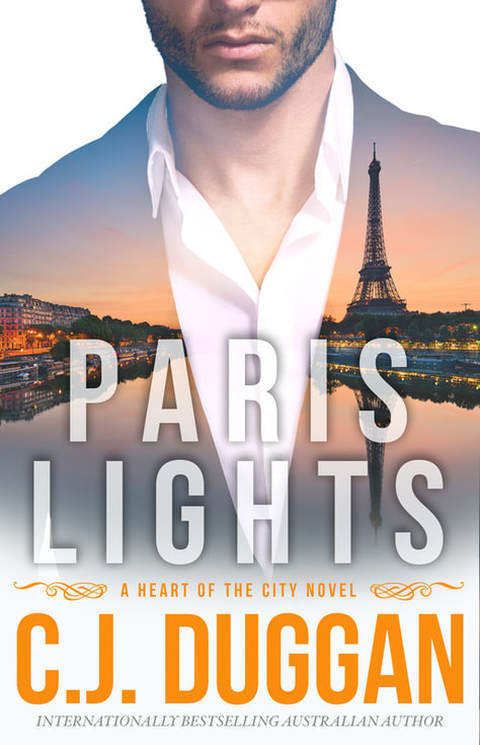 ​ JUST WHEN YOU THINK THE WORLD IS YOUR OYSTER,
​YOU END UP WITH FOOD POISONING.

'You're breaking up with me!'
He was silent.
'In Paris.'
Eyes dropping.
'Under the Eiffel-fucking-Tower!' I screamed.

Twenty-five-year-old Claire Shorten had looked forward to spending a romantic weekend in Paris for as long as she could remember, and now it was here - three blissful days of strolling through cobbled streets arm-in-arm with her beloved, eating copious amounts of baked goods and soaking up the culture through each and every pore of her body. Well, at least, that was how she'd pictured it . . .

Even after her boyfriend dumps her rather unceremoniously in the most romantic place on earth, Claire is determined not to give up on her dream altogether - with or without a boyfriend. She finds herself a job in the kitchen of a small hotel; Michelin-starred it most certainly is not, but somehow Claire makes a place for herself amidst the dirty dishes and the foreign misfits who run the place.

When the restaurant attracts the attention of the enigmatic - if not slightly terrifying - tycoon Louis Delarue, and Claire manages to survive his high-powered business luncheon from hell, she knows that she can survive anything, surely. But all bets are off when Louis makes a game-changing decision: he's coming back for a second course . . . 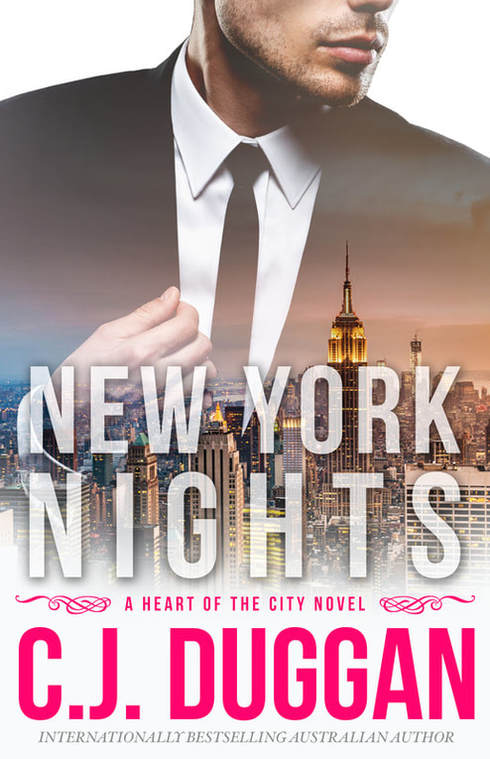 THE STREETS OF NEW YORK - WHERE DREAMS ARE MADE
​AND HEARTS ARE MENDED.

Sarah Williams is a spirited, independent Aussie who has always dreamed of New York City. So when a job opportunity arises to become an au pair for a successful businessman in the heart of Manhattan, Sarah jumps at the chance to follow her dream.

What she didn't bet on was a beautiful newborn and a distant, abrasive man whose eyes hold a million anguished secrets. Determined to care for his daughter and face the challenges of the impossible Ben Worthington, Sarah was always prepared to follow her heart; she just wasn't prepared to lose it to a complicated man like Ben.
​

WHEN LONDON CALLS, YOU ANSWER.

Like so many of her university friends, Kate Brown is London bound, but unlike her friends - who had the chance to enjoy the beer, sights and attractions of the UK - Kate is instead visiting her grandmother (who may or may not be the devil).

Wanting nothing more than to be a normal, independent twenty-something living it up in ol' London town, Kate finds herself a prisoner in her grandmother's Kensington terrace, daydreaming about the holiday that could have been. But when Kate is almost run over by posh,smirking playboy Jack Baker, it leaves her wondering if being out and about is such a good idea after all, especially when she catches herself laughing at his jokes.

One thing Kate knows for sure is that she has to avoid Jack at all costs. But with her balcony facing his, you can pretty much guarantee Kate's London adventure is going to be anything but boring . . . 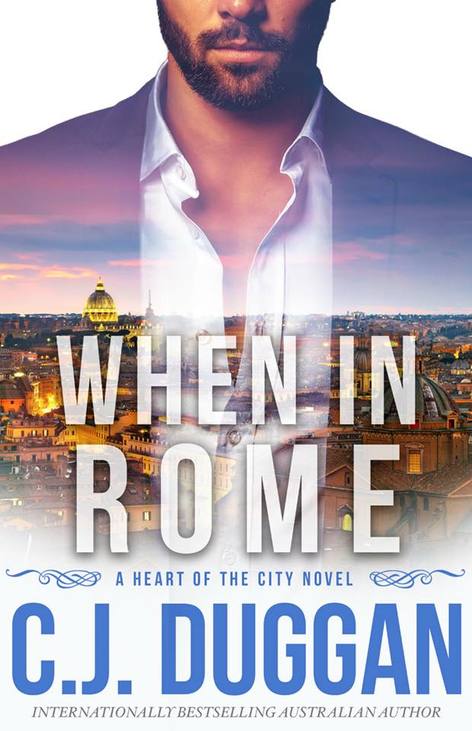 ROME WASN'T BUILT IN A DAY,
​BUT IT'S ONLY GOING TO TAKE ONE FOR SAMMI'S WORLD TO CRUMBLE.

How did a self-orchestrated gap year turn into a less-than-enthralling lifestyle as a couch potato at her parents' house? Determined to get motivated and join life again, Sammi Shorten books a budget Bellissimo Tour to Rome, the Eternal City. What she hadn't signed up for was being stuck with an eclectic group of binge-drinking foreigners in a bed-bug-infested hostel from hell. Things in Rome really couldn't get much worse . . . could they?

When plans go completely awry Sammi's left with only one place to turn, and it's the one place Sammi really doesn't want to turn - to the man who might very well get her into the worst trouble of all: the gorgeous local tour guide, Marcello Bambozzi.

WHEN IN ROME is the fourth standalone book in CJ Duggan's sassy, sexy new adult series, Heart of the City. ​ 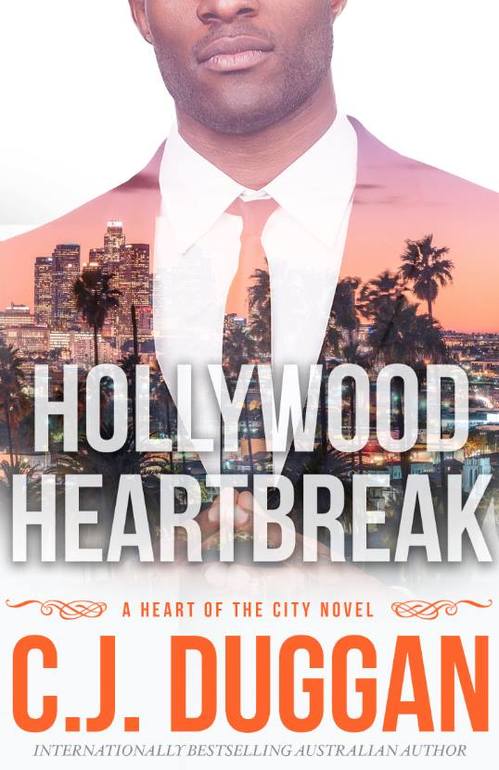 ​HOLLYWOOD ISN'T ALL SUNGLASSES AND AUTOGRAPHS.

Abby Taylor is heading for the hills - the Hollywood hills. All she has to do first is exorcise some old demons, namely Cassie Carmichael, the character she has been playing on Australia's number one television drama for the past three years.
Wanting to escape the fear of typecasting and malicious magazine covers, Abby is in desperate need of a change. With a new city, new friends and a sweet new condo in West Hollywood, it's time to take her career to the next level. But with disastrous auditions and countless rejections, Abby is going to need to numb the pain in the hope that her next big break comes along, and it does. She just never dreamed that it would be in the form of waiting tables and splitting tips at one of the hottest nightspots on the strip.
Action-packed late nights and VIP parties are a sure distraction, but nothing distracts her quite like her new boss, the infuriating Jay Davis. Suddenly living the dream takes on a whole new meaning, but when something in Jay's past is revealed, Abby has to question, who is the greatest actor of them all?
​
In the land of broken dreams, all Abby can do is hope that hers is not going to be one of them.

PRAISE FOR CJ DUGGAN'S HEART OF THE CITY SERIES:
​
‘Fun and sexy … Cheeky leading lady, dashing love interest, family complications and a fun setting – this book does have it all.’ – Fictional Thoughts on London Bound
‘I’m really glad that I’ve discovered C.J. Duggan’s novels – her writing is sassy and witty with strong female characters who are willing to take on anything, no holds barred.’ – Sam Still Reading on New York Nights
‘CJ continuously provides us with books that are easy to read and addictive, with exciting plots and characters you just can’t help but love.’ – Sweet Reading on Paris Lights
‘A refreshing blend of sassy, sexy characters with an emotional backstory’ – Scandalicious Book Reviews on New York Nights
‘New York Nights is a light, fun read, perfect for a bubble bath with a drink of choice. It is reminiscent of a Cinderella fairy tale; only Cinderella is having serious doubts about the handsome prince.’ – Queensland Reviewers Collective on New York Nights
‘Great plot, interesting characters, secrets and romance, I didn’t want it to end.’– Gems Book Nook on New York Nights
‘Delightful read that I could not put down because of the banter between these two that made for really strong chemistry’ – Book Magic on London Bound
‘Laughs and tears, and a whole lot of sexual tension, Jack and Kate are just adorable and sweet and sexy’ – BJ’s Book Blog on London Bound
‘Paris Lights is mischievous, enticing and [about] one young woman who is determined to embrace life.’ – Diva Book Nerd on Paris Lights
‘With a C.J. Duggan book, you know what you are getting – romance, adventure and that good fuzzy feeling at the end of it all.’ – Hannah Plus Books
​